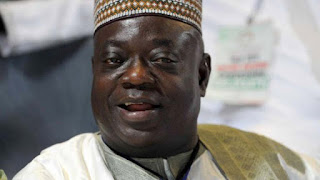 He said critical stakeholders who contributed to the President’s electoral victory in 2015 had all deserted the ruling party.

Aliyu said this in an interview during a peace meeting which his reconciliatory committee had with Plateau Peoples Democratic Party leaders in Jos, the state capital, at the weekend.

He said, “What happened in 2015 is what  some people would  call a Northern revolution.

“We can also say that the PDP really gave Buhari and the APC the victory because if you recall, the G7 was made up of seven serving governors; five of them went to the APC and the current Senate President also went to the APC as well.

“That was what gave the APC victory and now, all of them that joined the party have all returned to the PDP. As far as am concerned, the APC has no chance in 2019 election because we in PDP  are not going to make that mistake again.”

The former governor said his party was aware of plans by the ruling APC to rig the election, having lost the goodwill of the people.

He, however, said the PDP had devised a counter strategy to stop the rigging plot and ensure that the votes of the people counted.

He added, “We are not surprised by the intimidation and harassment which we are witnessing from the ruling party.

“We have been telling our members that one needs not be afraid of a party that sees itself being defeated. We are also designing a counter-strategy to make sure that nobody is intimidated.

“Election is about people. It is about development and honesty and not about so called cult building around an individual. It is about number and since we have  the number, they will not stop Nigerians from electing  Atiku Abubakar as the next President.”