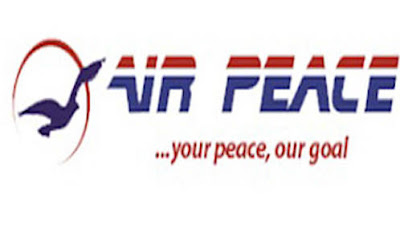 A Disaster was prevented in the aviation industry yesterday as Air Peace aircraft tyre bursts while it was already taxiing for take-off on the runway at the Nnamdi Azikiwe International Airport, Abuja on Sunday, January 6.

According to reports, passengers on the aircraft were heading to Benin from Abuja, when the incident occurred. The report stated further that the pilot struggled to control the airplane before it was eventually towed to a safe location at the NAIA.

A source at the scene of the incident was reported to have added that: “This happened around 5:40 pm and the airline is Air Peace. The aircraft involved is Boeing 737 and the tyre burst was so loud because the aircraft was already moving on the runway. This caused some form of panic among passengers and other people at the airport.

“The situation was, however, controlled and the plane was towed out of the runway and the terrified passengers alighted safely.

Meanwhile, the incident was reported to have been confirmed by the spokesperson for Air Peace, Chris Iwarah.

“What we had was a low speed reject and that means that the aircraft was taxiing when the pilot realised that one of the tyres had punctured and because of that he had to reject further taxiing for take-off. Now once this happens, the affected tyre will be changed; not by just anybody but by qualified engineers.


“The flight was rescheduled to take off tomorrow (Monday). However, no specific time was given because Benin currently experiences a lot of weather issues and so we have to be sure about the time before we send it to the passengers. But we are certain that the flight is for tomorrow (Monday 7th of January 2019).”