PDP Is Empty In Oke Ogun, As Low Turn Out Of People Is Witnessed At Rally. 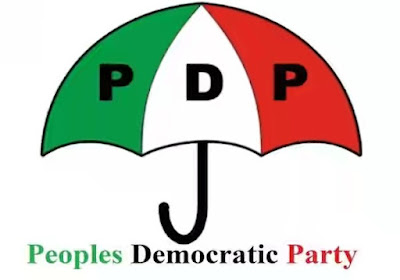 Yesterday was the party campaign rally and despite the party mobilization from the 33 local governments, only few people in Oke ogun joined the rally.

The campaign which was scheduled to hold in thesame day as Oja Oba market day in Kishi, but only few people attended to them during the rally.

With the presence of top party members such as Seyi Makinde and Mulikat Adeola, PDP rally did not pull much crowd as the other party does during campaigns in Oke Ogun.

It's obvious the ADC candidate, Barrister Bayo Lawal is fully on ground. The action of the people has shown that PDP is not popular in Oke Ogun.

Seyi Makinde whose head was adorned in an expensive black cap and honorable Mulikat Adeola dressed in a white shirt, handled the distribution of hand fans and other items as souvenirs, the people were not allowed to be fooled and convinced.

The difficult countenance on the face of Mr. Olopoeniyan when he came out of the Kishi central mosque after meeting with the imam is pitiable. Even the self acclaimed Adigun Ibadan, who's one of the staunch supporter of PDP in Oyo state was not happy with the low turn out of people for the rally, updatescrib reports.

The rally which was monitored from beginning to the end. The report gathered in Igboho about the PDP deputy governorship candidate, Engineer Olaniyan is heart aching.

A resident who spoke under the condition of anonymity disclosed that Engineer Olaniyan has no good reputation in his street. In fact,  there was a time he told people not to greet him except he exchange greetings with them. People complained about his attitude and were even doubting if he will win his polling unit let alone his ward.

It should be recalled that Adigun Ibadan had once written on social media platform - Facebook about the poor character of the PDP deputy governorship candidate. He expressed his bothered heart over the code attitude of the man towards a PDP leader, Olopo Eniyan.

Seyi Makinde campaign rally in the federal constituency has shown that the party has no stake in Oke Ogun. Unlike in 2015 when people trooped out en-mass to welcome him. I observed how unhappy he was.