Nationwide Protest Is Our Next Decision If IGP Stays In office After Jan 15 - Opposition Parties. 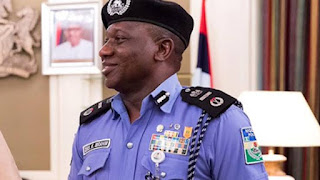 Several opposition political parties on Sunday 6th of January 2019, have resolved to begin nationwide protests from January 15 to force President Muhammadu Buhari to name a new Inspector-General of Police.

The Political parties, on the platform of the Coalition of United Political Parties, made their decision on the claim that the current IG, Ibrahim Idris, stopped to be a policeman since January 3 after 35 years in service.The coalition’s position was contained in a statement by its first national spokesman, Imo Ugochinyere, in Abuja.

In which he said the position of the IG was currently vacant since Idris was deemed to have retired having served for 35 years, adding the nation’s constitution did not make provision for a former police officer to be an IG.

However, the Presidency said the IG still had a few more days for his tenure to expire.

A Presidency source stated, “The IG has a few more days. He has a few days still.”

When the source was reminded that Idris turned 35 years in service on January 3, the source asked, “Was it 3rd?”

The IG will turn 60 years in service on January 15 by which time he would have met both retirement requirements on length of service and age.

By the service rule, an officer is deemed to have completed service if he has spent 35 years in service or turns 60 “whichever comes first.”