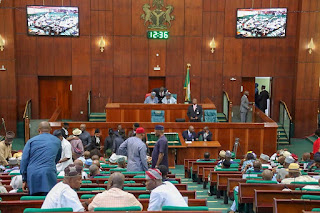 The Senate on Tuesday adjourned plenary to Wednesday after few  minutes of sitting over lack of quorum.

Senate sitting on Tuesday  was attended by five Senators out of 109 and after the opening prayers by the Senate President, Dr Bukola Saraki, Senator Olushola Adeyeye moved for adjournment.

Adeyeye notified the house that it was not normal in parliamentary practice for sitting to take place when a quorum was not formed.

“Mr. President, distinguished colleagues, you can see that we have not formed a quorum. So, I want to move for adjournment to Wednesday. I so moved. ”

Seconding the motion, Senate Deputy Minority leader, Emmanuel Bwacha said the adjournment was appropriate, and the motion was adopted by the Senate President.