SPORTS: Mbappe Emerges As 2019 Most Valuable Player As He Defeats Ronaldo, Messi And Others. 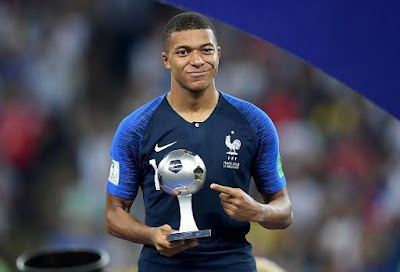 Kylian Mbappe of the Paris-Saint German (PSG) has been named this year’s most valuable player in world football, with a £196.25million price tag.

According to a study by CIES, Mbappe has had a £196.25m price tag put on his head in a study of the top 50 players from Europe’s five biggest leagues.

Messi has been valued at £153.7m (seventh position), while Ronaldo is priced £114m (nineteen position).