Mourinho Lands A New Job After His Sack At Manchester United. 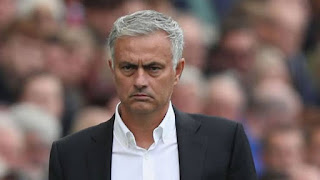 According to Independent, Jose Mourinho will now work as a studio pundit for beIN SPORTS.

The 55-year-old, who ruled himself out of the vacant job at Benfica earlier this week.

Jose Mourinho will offer his “forthright opinions” on the Premier League match between Arsenal and Chelsea on January 19, as well as the Asian Cup game between Qatar and Saudi Arabia two days earlier.