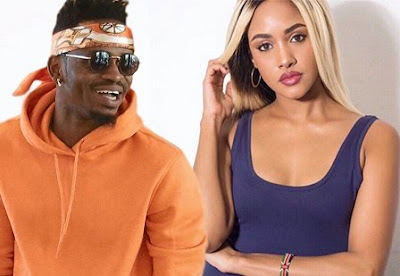 Tanzanian Musician Naseeb Abdul Juma popularly recognised as Diamond Platnumz who is getting ready for his upcoming wedding to his Kenyan model girlfriend, Tanasha Donna Barbieri has said how he wants their wedding to be celebrated.

According to the singer who is one of Africa’s most successful music artistes, he wants his wedding day declared a public holiday in home country Tanzania.

The singer made this known in a recent interview when he explained that he wants the government of Tanzania to consider his wish so that all his family members would be able to attend the ceremony.

In his words: "The reason why we had to change the date is because Tanasha’s mother will be working on Valentine’s Day. I do not want a small wedding, if it is possible I would like the government to consider it a public holiday."

It would be recalled that in December 2018, Platnumz officially declared his intentions to marry his heartthrob on Valentine’s day.

The wedding ceremony was however shifted because some super star celebrities like Rick Ross could not make it and yet he wanted his party to be a large ceremony.