Tottenham Is 'A Normal Club', Harry Kane Has To Leave - Zlatan Ibrahimovic. 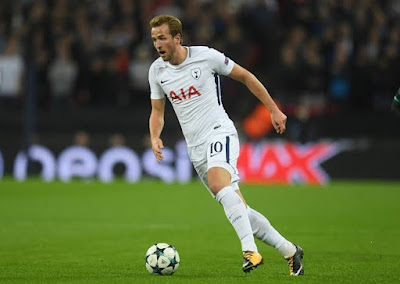 Former Manchester United Striker, Zlatan Ibrahimovic has told Tottenham Hotspur star, Harry Kane to leave the spurs which he described as a normal club, if he intends to win trophies.

The 25 year old who is currently out of the pitch for an injury he sustained, is expected to resume training in March.

Harry Kane injured his ankle ligaments at the end of Tottenham’s 1-0 defeat to Manchester United in an English Premier League encounter last week after a collision with Phil Jones and Victor Lindelof.

Zlatan who has represented the likes of Paris Saint-German, Barcelona and Inter Milan, believes the time has come for Kane to move on from Tottenham in pursuit of trophies.

“When I was in England, I saw him [Kane] play, I think he is a good striker,” the La Galaxy striker told Bethard.

“He’s still developing, he’s doing good things. But I always say, playing in a big club, performing good is different from playing in – with all due respect to Tottenham – a ‘normal’ club.

If he want to lift trophies, he has to leave and make that change, I think the spurs has a great team but they are not at the level to win everything, even if they have got a fantastic coach he concluded.