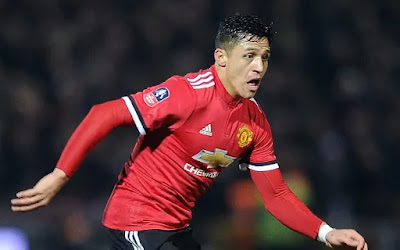 Alexis Sanchez was one of the nine players missing from the Manchester United squad that travelled to London by train on Saturday.

The Chilean limped out of his side’s 2-0 FA Cup win over Reading with a hamstring problem and doesn’t appear to have recovered in time.

Paul Pogba however made the trip, after initially emerging as a doubt for the fixture, because of a knock he picked up against Reading.