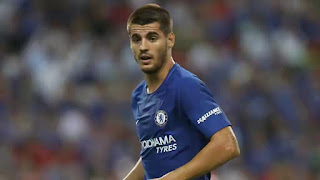 However,  Chelsea FC are believed to have signed a deal with Juventus FC striker - Gonzalo Higuain, this month on loan until the end of season.

Alvaro has already agreed deal with with the spanish club, it seems to be a matter of finding a buyer for Kalinic, Ballague to BBC Radio 5 live.

"Everything else seems to be in place, for Morata to abandon Chelsea for good.

The 26 year old has struggled in Chelsea since he joined from Real Madrid last summer.
SPORTS