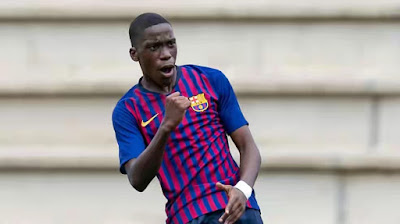 The 16 year old player who is believed to be the next Manchester united star Paul Pogba.

The Sport reports that Chelsea have already met with Moriba’s agent and positive talks have prompted the West London club to make an offer.

The report claimed that Maurizio Sarri’s side made a late bid to bring the youngster to Stamford Bridge after offering the player better wages and more playing time assurances than their Premier League rivals, Manchester City.

The report also claimed that Chelsea Director, Marina Granovskaia has been given the go-ahead by Chelsea owner, Roman Abramovich to sign Moriba into the club.