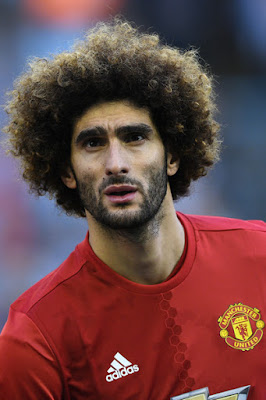 The player has been spotted at an airport in Brussels ahead of a proposed £10m transfer to china on deadline day.

Man. United who has been in discussions with a chinese Super League club over the 31 year old player have now agreed on personal terms for a three year contract at Shandong Luneng.

Former Man. United coach, Jose Mourinho had insisted he wanted him to stay at old trafford while he was in charge last year as he became the focal point of the portugese coach.

However, Fellaini has fallen down the pecking order at Old Trafford after the arrival of new coach Ole Gunnar Solskjaer as caretaker boss in December 2018, and has yet to appear from the start under the manager, with a calf injury having also held him back as part of the reasons.

The midfielder will sign a lucrative £200,000 per week contract with Shandong Luneng, having already passed a medical.

Fellaini will finish his time Old Trafford with 177 appearances to his name, with the former Everton midfielder having scored 22 goals for the club.
SPORTS