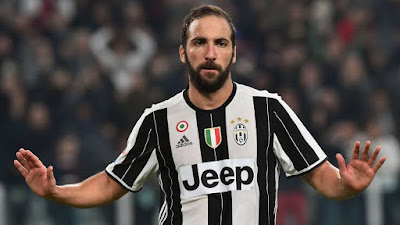 Roman Abramovich is ready to sign on-loan AC Milan striker, Gonzalo Higuain in this January transfer window to show manager, Maurizio Sarri that he has his backing at Stamford Bridge, Metro UK reports.

Higuain is currently on loan at AC Milan but wants to cut the deal short to reunite with former Napoli manager, Sarri at Stamford Bridge.

Chelsea reached an agreement with Juventus for the Argentine international after the Italian Super Cup on Wednesday night, with the 31-year-old set to complete a temporary move to Stamford Bridge until the summer.

Higuain has struggled for form, with just eight goals in 20 appearances this season.

Sarri wants the club to wrap up Higuain’s deal so that he can unleash the attacker against Arsenal this weekend in the Premier League fixture.

The striker is expected to arrive in London on Friday for his medical.
SPORTS