USA: They Only Want To Impeach me, because they Can't Win come 2020 - Donald Trump. 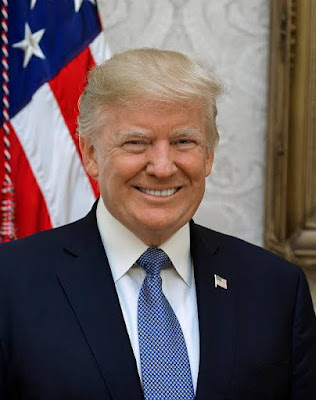 President Donald Trump of the United states of America has replied the Democrats for calling for his impeachment within moments of the 116th Congress convening, claiming he's had “the most successful first two years” of any president.

Trump spoke out on the impeachment calls after a video of Democratic Rep. Rashida Tlaib surfaced online where she vowed to remove him from office. She subsequently defended her remarks, saying she will "always speak truth to power."

The President in his response said, 'as I have stated many times, if the Democrats take over the House or Senate, there will be disruption to the Financial Markets. We won the Senate, they won the House. Things will settle down. They only want to impeach me because they know they can’t win in 2020, too much success'.

He went on to say, 'how do you impeach a president who has won perhaps the greatest election of all time. 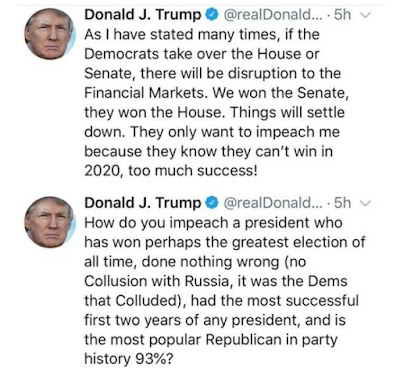