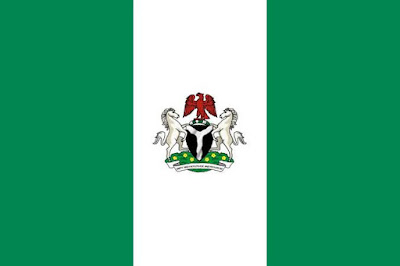 The Federal Government of Nigeria on Sunday night - 6th of January 2018, ordered the military authorities to vacate all premises of the Daily Trust Newspapers in Abuja, Maiduguri and Lagos.

The Senior Special Assistant to the President on Media and Publicity, Malam Garba Shehu, confirmed the directive in a tweet last night. 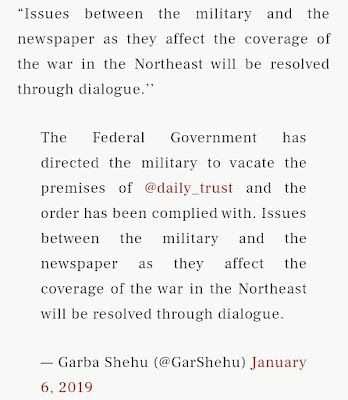 He wrote, “The Federal Government has directed the military to vacate the premises of Daily Trust and the order has been complied with.

The News Agency of Nigeria reports that Maiduguri Bureau Chief of the newspaper and a reporter in the state were also reported to have been arrested by the security operatives on Sunday.

Military sources told NAN that the report with the headline; “Commander removed as Army moves to retake Baga’’, revealed too much and endangered the planned operation.

But in a statement, Manir Dan-Ali, the Editor-In-Chief of the Daily Trust, claimed: “We have not been told of the reason for the military operation against this newspaper but suspect it may have to do with the lead story of the Daily Trust on Sunday that dwelt on the military’s effort to retake some towns recently reported to have been lost to insurgents.

“Another hint is that during the invasion of our premises both in Maiduguri and in Abuja, the military men were asking for the reporters who wrote the story.