EPL: Chelsea Manager, Maurizio Sarri Will Be Sacked This Week. 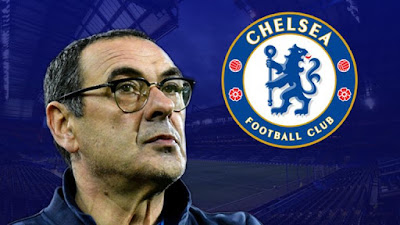 Former Chelsea striker, Chris Sutton, has stated that the club will ‘sack’ caoch, Maurizio Sarri before the end of this week.

The ex-England international believes that Chelsea’s defeat to Manchester United will be Sarri’s last game at Stamford Bridge.

“This is Maurizio Sarri’s last game at Chelsea. He won’t survive. He’s done.

“He’ll get the sack for numerous reasons – things he’s said, that he can’t motivate the players, his inability to be able to adapt and change,” Sutton told BBC Radio 5 live.

Meanwhile, Speaking after the match, Sarri said he was worried about the result.

“I am worried about the result, not about the fans,” Sarri said.

“We are out of the FA Cup, so I can understand our fans very well. But I am worried at the moment about our results.”