EPL: Neymar In Shocking Transfer To Manchester United From PSG. 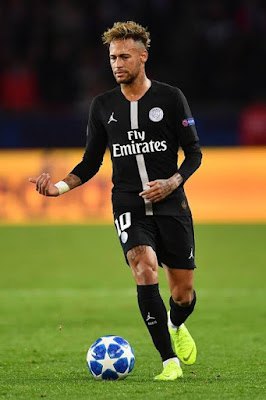 Forward player for Paris Saint Gdrman, Neymar Da Silva might have to leave the club to join English premier league Giants, Manchester United at the end of the season.

The ted devils have been linked to sign Neymar and are set to clash against Chanpions league title holders, Reak madrid.

Neymar will miss PSG’s first and second legs Champions League round of 16 ties with Manchester United on February 12 and March 6 due to injury.
SPORTS