Ethopian Athlete Emerges As Champion Of Lagos City Marathon For 2019. 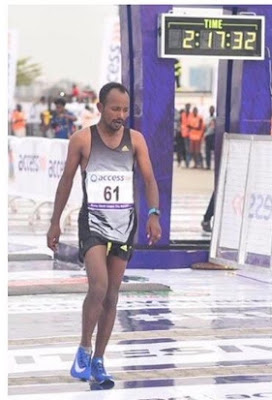 East African Country - Ethopia has produced the winner of the Lagos City Marathon 2019, as Sintayehu Legese, an ethopian athlete who was announced as the first athlete to reach the finish line during the race.

The marathon which kicked off at the National Stadium, Surulere in the morning of Saturday 2nd of Feburary 2019. 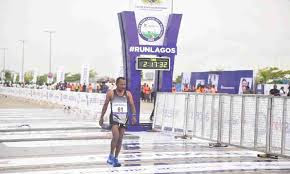 The marathon which is divided into two sections which are the: 10km race and 3km race, as for the 10km race the winner will be dashed a brand new KIA Rio Car, the second place a sum of 1 million Naira, and third place a sum of 750,000 naira.