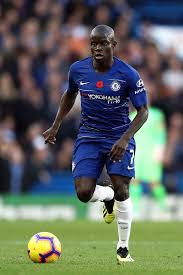 Chelsea midfielder, N’Golo Kante, has blamed their 6-0 defeat to Manchester City last weekend, as a result of “collective failing”.

Kante, while speaking to the club’s official website, also vowed to learn from his team’s mistakes, to prevent such a humiliating result in future.

It was the Blues’ fourth defeat in their last eight games, which also included another embarrassing 4-0 loss to Bournemouth.

“It’s difficult to explain. They outclassed us. It was a collective failing he said.

He continued saying: “They outclassed us from the first minute to the last minute, and they made the difference in the first minutes of the first half. It was very difficult to come back from that.

“It’s a great disappointment and we have to react. It’s difficult to accept such a heavy defeat, but we have a lot of matches coming up to lift our heads and give us hope for good results at the end of this season.

“We all have disappointment etched across our faces. But we’ve got a lot to learn from this, and hopefully we will not repeat the same mistakes in the future,” Kante said.