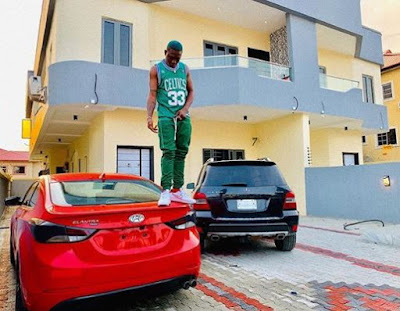 Nigeria fast rising artiste and the originator of Zanku dance steps - Omoniyi Temidayo popularly known as Zlatan Ibile, who is also famous for his 'kapaichumarimarichupaco' phrase has just acquired a new house and two new cars.

On Tuesday night he shared a picture of his new cars, a Benz and an Hyundai in front of his new home with the photo caption "Able God"