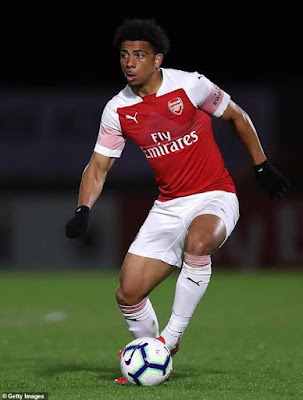 The 18 year old player who still has a contract with Arsenal until 2020.

It is understood that the Bundesliga giants have a “long-standing admiration” for the Nigerian-born teenage, but face competition.

A total of 14 German clubs were reportedly in attendance, for the English Premier League 2 match between Arsenal and Swansea, as well as Spanish, French and Italian clubs.

Amaechi’s unfortunate injury early in the season, prevented him getting any opportunities in the League Cup or the Europa League.
SPORTS