EPL: I'm Not Sure About Replacing Sarri as Chelsea Coach - Zidane. 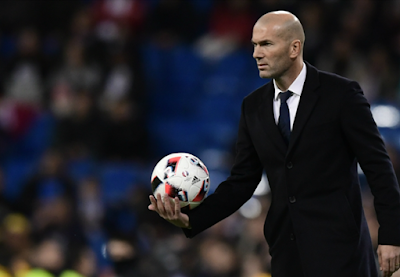 Ex-France International and Former Real Madrid manager, Zinedine Zidane, has told his close friends that he is unsure about replacing Maurizio Sarri at Chelsea, the UK Sun reports.

Chelsea FC will need to act fast if they want Zidane, with Juventus ready to make a rival offer and the Frenchman appears keener on a return to Turin.

Maurizio Sarri earned himself a stay of execution, with Wednesday’s 2-0 win over Tottenham Hotspur, although there are still significant doubts among the club’s top officials.

If Chelsea’s upturn in form is not maintained, Sarri could still be sacked.

However, while Chelsea’s officials wants to give Sarri time to change things, they have been alerted to the possibility of Zidane taking charge at Juventus, should Massimiliano Allegri leave in the summer.