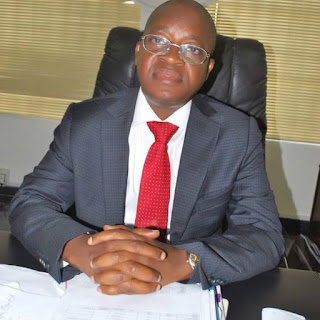 Osun State Governor, Gboyega Oyetola, said he remained the duly elected governor of the state regardless of Friday’s judgement of the state Election Petitions Tribunal.

The governor enjoined the public to disregard the imputation that he had been ejected, saying he was confident of retaining his position at the appellate court.

Oyetola said the outcome of the lower court cannot affect the validity of the votes freely and willingly given to him by the people of Osun State.

He spoke in Osogbo while inspecting some projects in the state capital and he  reinstated that  the constitution allowed him to file an appeal against the judgement, he remained the legitimate governor of the state.


Oyetola said, “I am confident that our mandate will be reaffirmed at the Court of Appeal and the Supreme Court. As you all know, it was a split judgement, telling us that it was not a unanimous decision. This is part of our strength at the appellate court.

“I must correct the impression that I have been removed from office. I remain the governor of Osun up until all the electoral litigation is finalised. My visit to this site is in furtherance of our commitment to ensuring a better life for all residents of the state and to demonstrate that governance brought about by our government continues.”

The governor, who had earlier received the leaders and members of the All Progressives Congress at the state house called on the party patriots to remain calm and expressed trust  in the judiciary to deliver justice.