What Solskjaer told Pogba after penalty miss against Southampton. 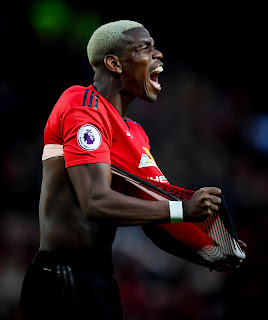 Manchester United interim Boss, Ole Gunnar Solskjaer, has said he will not speak to Paul Pogba on changing his penalty style.

Paul Pogba missed from the spot against Southampton and skimmed a chance to make it 4 goals for united after a befitting comeback.

Solskjaer was asked if he would be encouraging Pogba to change his style, Solskjaer told Sky Sports: “I just said to him there, “Just get ready for the next one because you’re going to take that one as well”.

“I’ve missed penalties. He’s a confident boy, he wants to go and take the next one. You want that character in boys.

“Today was one of the ones he really blasted, normally he just places them, so he’ll be okay.”