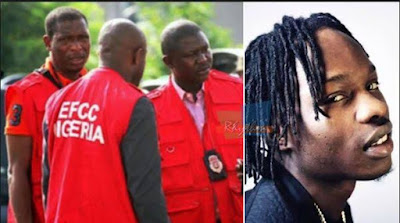 Embattled Singer Fashola Adeshina Afeez, popularly recognised as Naira Marley who has been withheld in the custody of the Economic and l Financial Crimes Commission (EFCC) for a while, and was charged to Court for Internet Scam and possession of incriminating exhibits, Credit cards and laptop.

Although, a source from the EFCC told Sahara Reporters that the story is totally false as it is the singer’s friends who are going overboard, announcing fake reports to the general public.

The source then continued saying that Naira Marley will remain in custody of the Nigerian police force till his next hearing in court.
NEWS