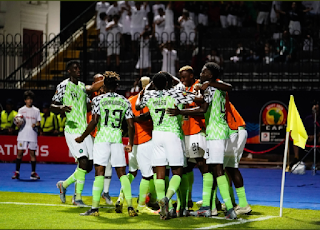 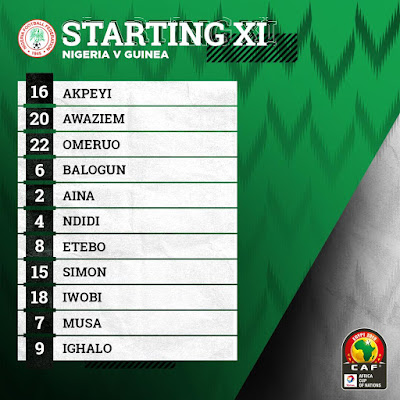 Nigeria have progressed to the round of 16 at the ongoing Africa Cup of Nations, after their 1-0 win over Guinea on Wednesday.

The Super Eagles were already group B leaders, following their 1-0 win over Burundi last weekend.

Nonetheless,  Nigeria's Super Eagles found it tough against Guinea's Syli Stars, who had Liverpool playmaker (Naby Keita) in their ranks from the start.

The fairly deserved lead arrived in the other half after Kenneth Omeruo rose highest to guide home Moses Simon’s cross.

Nigeria are now on six points, ahead of their final group fixture against Madagascar.
SPORTS