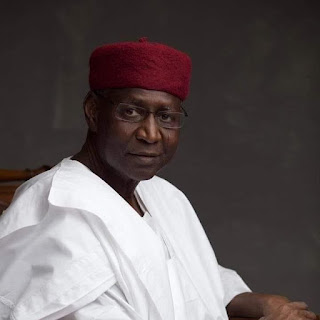 Umar Ganduje (Governor Kano State) has fired the state’s Commissioner for Works and Infrastructure, Engr Mu’azu Magaji, for his uncouth remark on the death of the Chief of Staff to the President, Abba Kyari.

This announcement was made public by the Director-General, Media and Communications, Kano State Government, Salihu Yakasai, through  his official twitter handle(@Dawisu).

The tweet reads “H.E @GovUmarGanduje has relieved the appointment of the commissioner of Works and Infrastructure, Engr. Mu’azu Magaji with immediate effect following his unguarded utterances against the person of the late Chief of Staff to the President, Malam Abba Kyari" 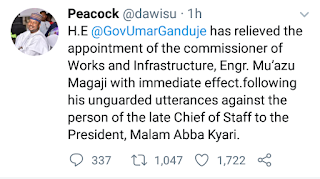