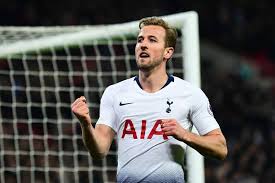 Tottenham are in need of more income to help pay off debt incured from the construction of their new stadium and they're considering
Harry Kane sale if they receive a  tangible offer.

The Premier League side have reportedly valued him 227 million euro.This was from Daily Mail, who also published  that Manchester United are interested in signing the England ace.

This price tag is above the current world transfer record of 222m euro PSG paid when they swooped Neymar from Barcelona.

However, Kane  recently spoked on a possible departure in the near future.

"I've always said that if we're not progressing or going in the right direction then I'm not someone to just stay there for the sake of it.

"I'm an ambitious player, I want to improve and get better.

"I want to become one of the top players so it all depends on what happens as a team and how we progress."

Spurs still owe 725m euros for the construction of their new stadium and another 94m euros in transfer payments.

Do you think this is a nice bargain?
SPORTS